Prime Minister Narendra Modi assures top industrialists of all help from the govt, says its wrong to label the govt anti-industry because of action against some dishonest and corrupt people; lists out all the steps taken by the Centre to enhance the ease of doing business in the country.

Prime Minister Narendra Modi assured India Inc that the Indian economy is poised for great things, inviting the country's entrepreneurs to make this their decade. The Prime Minister emphasized the economic goal of making India a 5 trillion dollar economy, but said the country's dreams are bigger with a focus on creating an ideal business environment for India Incwith reform, integrity and performance.

The Prime Minister highlighted some of the key reforms that have improved the ease of doing business. They include the Insolvency and Bankruptcy Code which has given a dignified exit route for failed business ventures. The PM also highlighted the transparency of the Tax System which is reducing human interface. The Prime Minister emphasized the significant drop in Corporate Tax rates making them among the lowest in the world.

With regard to the policy environment the PM pointed out that more than 1500 obsolete Laws have been abolished, which had proved to be roadblocks for business growth. The Prime Minister highlighted the need for big investments. 100 lakh crore rupees in Infrastructure. But the govt's efforts have paid off. In last 5 Years India's Ease Of Doing Business Ranking has improved by 79 places.

The Prime Minister appealed to the Corporate sector not to be pessimistic and focus on expansion. He highlighted the importance of creating World Class Products.

The PM was happy to mention the growing brand value of the BHIM app. Till Dec 2019 UPI had crossed transactions worth 15 lakh crore rupees. There is a revolution taking place in 36 Crore LED Bulb being distributed under UJALA Scheme.

Prime Minister Narendra Modi was speaking at an event marking 100 years of Kirloskar Brothers Limited. He spoke highly of the company's contribution to Indian Industry and released a Stamp to mark the milestone. 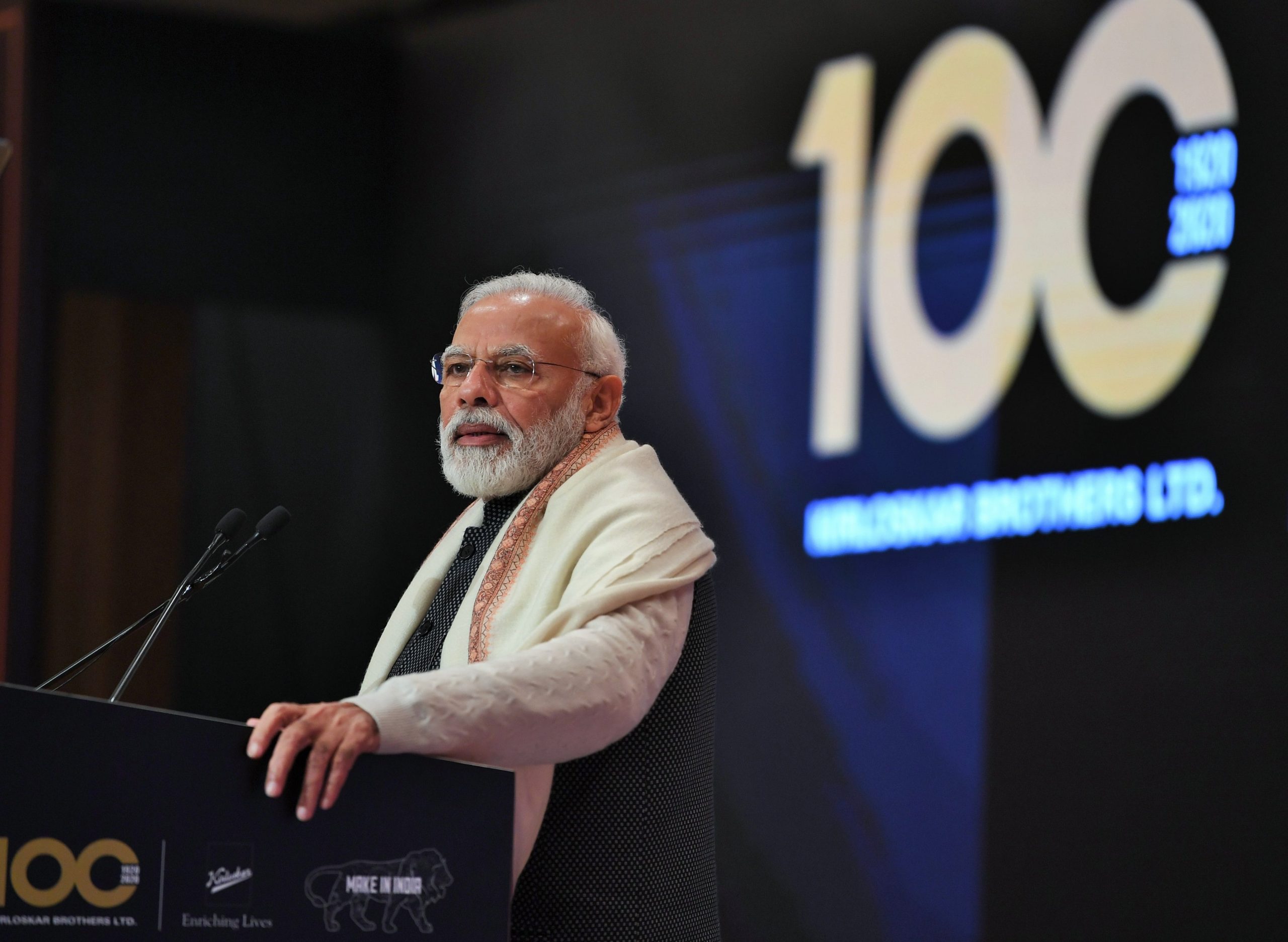