Launch of Shanvakiya- An Autobiography of Shri S V Kirloskar

Shri S V Kirloskar played a pivotal role in the success journey of KBL. He was the founder-editor of the Kirloskar, Stree, and Manohar magazines, which contributed to entrepreneurship, women's upliftment, and social issues. He also played an important role in establishing the Deccan Manufacturers Association, working for the Maratha Chamber of Commerce and Industries, and completing the Koyna Dam Scheme, which accelerated Maharashtra's industrialisation. 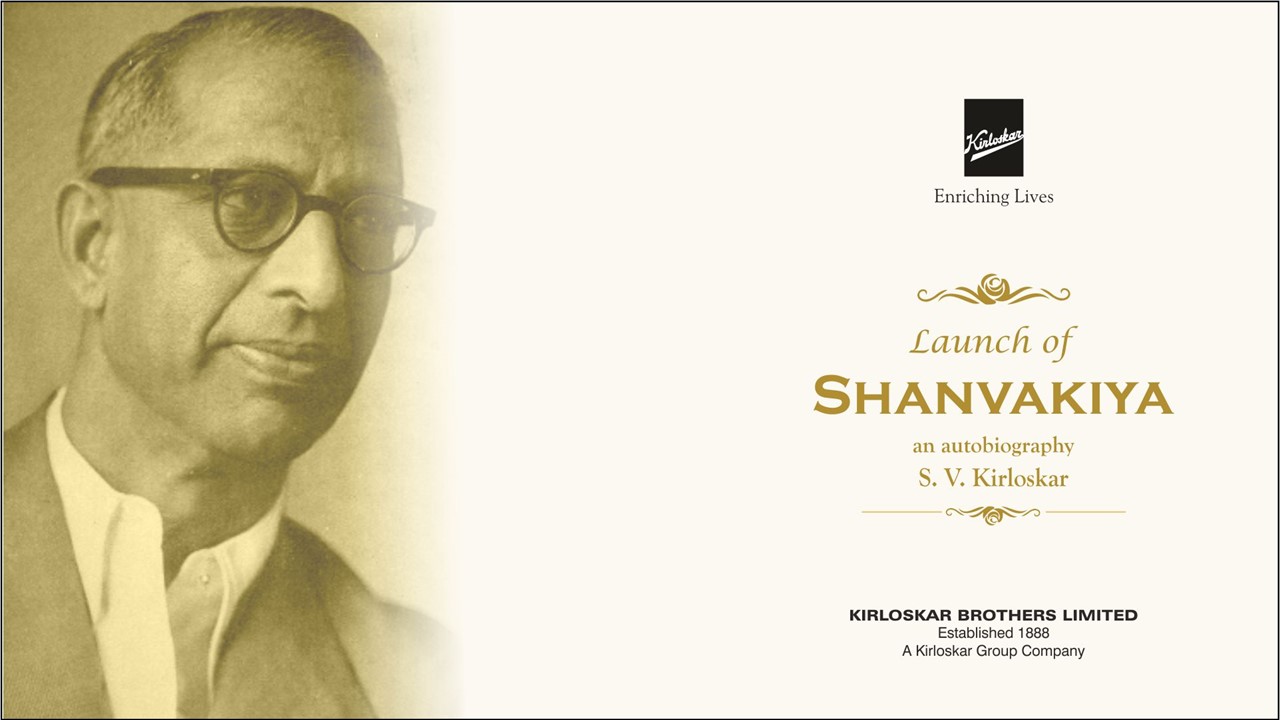