- KBLs PICO - Micro Hydropower generator was used in the pilot project
- Innovation has the potential to electrify remote locations and villages
- The green power will be a source of SJPNL’s campus lighting and other applications reducing the dependence on traditional sources of energy.

The pilot project was undertaken at a Water Treatment Plant in Ashwani Khad - Himachal Pradesh by SJPNL where KBLs PICO product, which is a Micro Hydropower generator, was put to use. This innovation has the potential to electrify remote locations and villages.

PICO is a compact and sophisticated version of ‘Pump as Turbine’ (PaT) which are small bundled units capable of generating power upto 5 kW by using flowing stream of water from any source like a river or even can be operated using reject water from a WTP or an STP.

A spokesperson from Kirloskar Brothers Limited said, “With this innovative solution, we can help consumers generate hydropower of upto 500 kW from running water stream with suitable head and flow availability. It is basically a pump running in reverse mode (as a turbine) which uses water to generate electricity. With decreasing coal reserves and rising levels of air pollution we are more and more inclined towards harnessing natural, renewable resources for generating power. Our company has always been striving to develop and promote innovative products. Developed by our R&D team, PICO Micro hydropower generator can be used in hilly areas and even in process industries as small hydropower generation plants.”

Commenting on this milestone, Mr. Mandeep Gupta, Executive Engineer, Jal Shakti Vibhag, Shimla said, "Appreciable technology, which can foresee enormous potential in the State. We shall be eager to see, how this concept can harness maximum potential for the department and State."

Apart from generating power, these units can also be coupled directly to a pump using a coupling gear or pulley arrangement which could be used to pump water from remote locations where the availability of power supply is a challenge. Therefore, we understand that this multi-purpose machine can be used for various applications, invariably supporting the whole gamut of energy conservation. 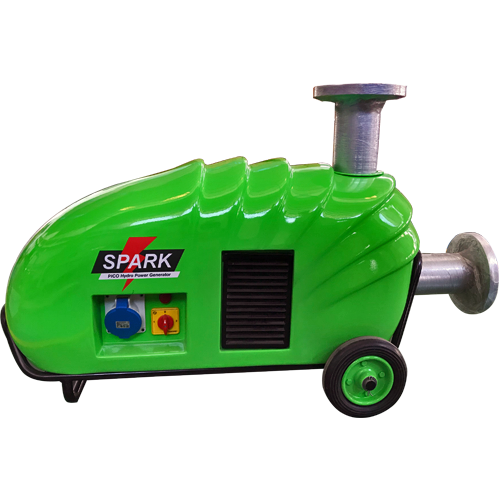